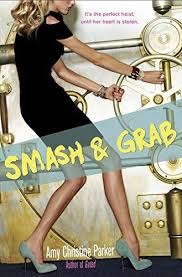 ABOUT SMASH & GRAB:
Ocean’s Eleven meets the star-crossed lovers of West Side Story. Grab some popcorn and get ready for an adrenaline-filled heist!
LEXI is a rich girl who loves a good rush. Whether it’s motorcycle racing or BASE jumping off a building in downtown Los Angeles, the only times she feels alive are when she and her friends are executing one of their dares. After her father’s arrest, Lexi doesn’t think twice about going undercover at his bank to steal the evidence that might clear his name. She enlists her hacker brother and her daredevil friends to plan a clever heist.
CHRISTIAN is a boy from the wrong side of the tracks. The local gang has blackmailed him and his friends into robbing banks, and he is desperate for a way out. When the boss promises that one really big job will be the last he ever has to do, Christian jumps at the chance for freedom. In fact, he’s just met a girl at the bank who might even prove useful. . . . Two heists. One score. The only thing standing in their way is each other. Told in alternating points of view, this caper is full of romance and fast-paced fun. Hand to fans of Perfect Chemistry, The Conspiracy of Us, and Heist Society.
LINKS: Amazon | B&N

Let's be real, most of us have thought about having a kickass crew to get shit done. Maybe it doesn't need to be criminal but life would be so much better if we all had a badass squad to take over the world (or maybe a Vegas casino) with. Here are the top nine fictional characters that would make up my heist crew.


1. Echo from The Girl at Midnight/The Shadow Hour

I can think of only one person who I'd want to be my right hand and that's Echo, the witty, burrito thief at the heart of Melissa Grey's amazing trilogy. She has deft fingers and great experience as a pick-pocket. She also has a knack for getting out of tricky situations that might just come in hand.

Hermione makes up our squad goals, let's be honest.

3. Kestrel from The Winner's Trilogy

With her impressive mind for strategy and her experience as a spy, I'm sure Kestrel would be a perfect fit.

4. Lia from The Kiss of Deception and Series

I'm still on the first book of the series (I know, I'm horrible) but what I remember of Lia was her strength and determination and I'm going to need someone like that on my crew.

Despite the fact that Reagan comes from a more magical world, I admire her loyalty, her sass and her take-no-shit attitude.

6. Karou from The Daughter of Smoke and Bone Trilogy by Laini Taylor

The chick can fly. 'Nuff said.

7. Charlotte Holmes from A Study In Charlotte by Brittany Cavallaro

No heist crew would be complete without a Holmes. Am I right?

8. Trixie Watson from The Only Thing Worse Than You Is Me by Lily Anderson

Trixie would be a delightful addition in that she's intelligent and adaptable. She also has enough geek and pop-culture references to make whatever job we have planned fly by.

9. Lilac LaRoux from The Starbound Series by Amie Kaufman and Meagan Spooner

I need someone who can easily charm and deflect suspicion. Not only is Lilac a pretty good mechanic, but I think she might be a good grifter.

10. Lin Cinder from The Lunar Chronicles by Marissa Meyer

Can you imagine Lilac and Cinder working together on our badass getaway spaceship? I CAN!

11. Scarlet Benoit from The Lunar Chronicles by Marissa Meyer

12. Jubilee Chase from The Starbound Series by Amie Kaufman and Meagan Spooner

Her military training could come in handy. Plus she's just as badass as the rest of the team.

Another grifter, Sofia would be perfect for the long-con. You know, if we needed to do a long-con. 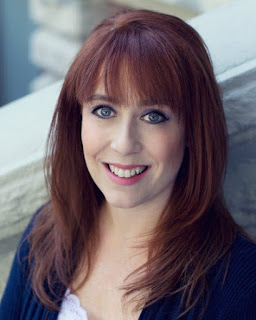 AMY CHRISTINE PARKER writes full-time from her home near Tampa, Florida, where she lives with her husband, their two daughters, and one ridiculously fat cat. Visit her at amychristineparker.com and follow her on Twitter @amychristinepar.

Giveaway:
3 Finished Copies of SMASH & GRAB (US Only)