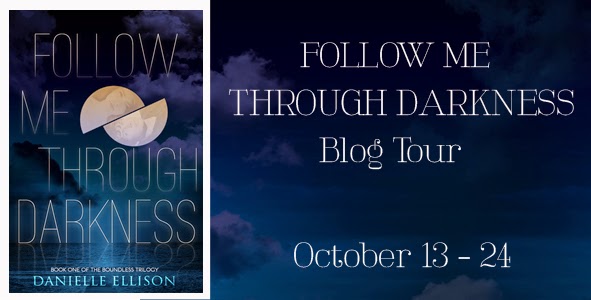 Today I have a special feature on the blog. Back during BEA, I attended a special Blogger Rooftop Party where I was paired up with an author to help break the ice while there. I was paired with the wonderful Danielle Ellison who I had met at my first BEA, who during that first BEA was telling me about the book she was writing and I told her that one day at BEA, I would be standing in line for her signing.

Lo and behold, I did wait on line for her book this past year, and that book was Follow Me Through Darkness. Today on the blog, I am hosting the Blog Tour, so sit back and relax and find out what you are missing by not picking up this book and get to know the main character Neely Ambrose. 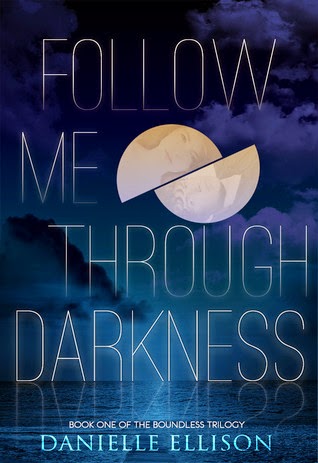 The truth won't always set you free.Less than a year ago, Neely Ambrose’s biggest worry was having the freedom to follow a path that wasn't chosen for her.Less than a year ago, she believed she could trust the Elders who said they had everyone’s best interest at heart and who said they were keeping them safe from the outside.Sixty days ago, she discovered what they had planned for everyone she loved—and that all of it centered around her.Now she’s on the run through a dangerous wasteland full of killing machines, secret organizations, and people who want to sell her back to the Elders for their own safety. The whole world outside the Compound is living proof that everything in Neely’s life was a lie manufactured by the Elders, which may even include the boy she loves.All Neely wants is the truth, but each new piece of it drives her further from what she thought she knew. With only forty days until everyone she loves falls under the Elders’ mind control, Neely must decipher who to trust, what questions to ask, and how to get one step ahead of the Elders, who will do anything to keep their secrets buried.

1. If you could spend one day with your mom, what would you spend it doing?

I would sit, stare at her, and listen. I’ve heard stories about her, but I’ve never heard her voice. She never even got to hold me. I have all these dreams of what she’d be like, but I don’t know what’s real. What she smells like, the sound of her laugh, what she used to dream, who she was. I would spend the whole day taking it in and commit every detail to memory.

2. If you were to be reincarnated as an animal, what kind of animal would you be?

A bird. Something people fear yet are so much more than anyone can know.

3. What time period do you think you belong in?

I’ve always been curious about life before the Preservation, before the Compounds were created, and what that world was like before it was destroyed. It would be something incredible to experience for myself. To know for sure.

4. If you could have any special gift what gift would you want to have?

5. What is one food you wish you could try?

I feel like I’m always trying new things, which isn’t always delicious. I’d like something familiar. Something like my favorite dish that Sara used to make for me (it was my mom’s recipe) I’d love to have that one more time. It’s this noodles and cheese dish—always delicious.

7. If you could visit one planet, what planet would that be and who would you bring?

Planets…I heard that people before the Preservation could go to planets. I don’t know much about the other planets—that’s not something the Elders permitted us to know—but if I went I’d take Thorne.

8. What is your favorite memory of your father?

There are many, from before anyway. I think it’s the way he listened. Even when I was a little girl talking about silliness, he would never look away. His eyes would lock on me until I was finished, like he really cared what I had to say. That reminds actually of once when I wanted to fly. We were standing on the beach and I was maybe five. There was a flock of birds that flew past me. I ran after them down the beach, arms spread out and dad ran with me. I tripped and rolled down the beach and I cried. But dad he helped me up; he wanted to keep flying but I didn’t. He looked at me in that way he can and said, “Don’t cry. You are strong and brave and you can never give up on what you want. If you want to fly, then there’s nothing that should stop you.” So he picked me up, held me out with my arms spread while he ran, and it really felt like I was flying.

Danielle Ellison spent of her childhood reading instead of learning math. It's probably the reason she 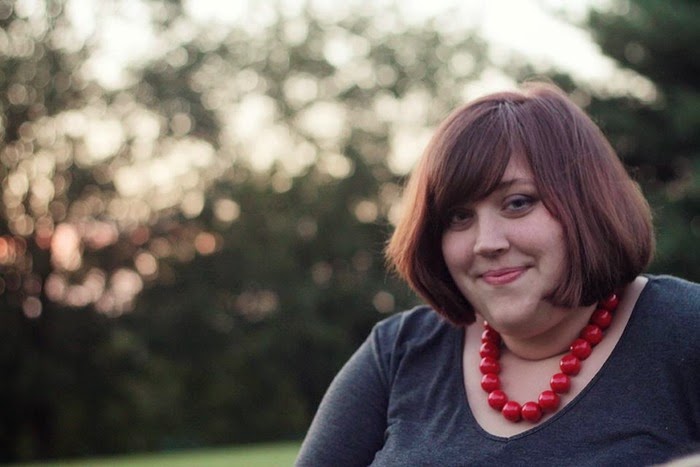 can't divide without a calculator and has spent her life seeking the next adventure. It's also probably the reason she's had so many different zip codes and jobs.When she’s not writing, Danielle is usually drinking coffee, fighting her nomadic urges, watching too much TV, or dreaming of the day when she can be British. Danielle is also the author of SALT and STORM, a series about a snarky witch without magic. She has settled in Northern Virginia, for now, but you can always find her on twitter @DanielleEWrites.

There is a nifty giveaway where you can win a gift card or a tote with some awesome signed books and a totebag for Follow Me Through Darkness. Enter below!

at 8:34 AM Posted by Paperback_Princess