After a few weeks of radio silence, I've decided to ignore the stress of work and jump head first into NaNoWriMo, reading and blogging.

Check out this excerpt and giveaway! 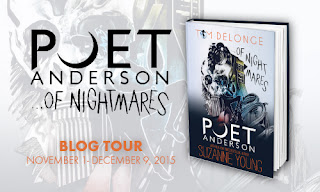 by Tom DeLonge and Suzanne Young
Samantha laughed, watching him for a moment before dropping her shopping bags on the pavement. She stepped closer to Poet and reached out to take his tie, studying it as she let the fabric run through her fingers all the way to the very tip.
“I can only imagine,” she said, lifting her eyes to his. She was so close now, but Poet didn’t think he should touch her. Didn’t want to break the spell.
But he was reminded of Jarabec’s warning that the streets of Genesis weren’t entirely safe. There was a reason he came to Sam, he knew. He was here to protect her.
“We should go somewhere,” Poet told her, his voice low. “I can take us.” 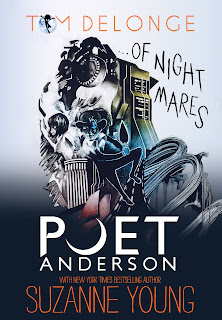 
When he looked again, Sam was gone.

a Rafflecopter giveaway
Email ThisBlogThis!Share to TwitterShare to FacebookShare to Pinterest