Review: Dance with the Devil (Dark-Hunters #3)

Dark-Hunter: A soulless guardian who stands between mankind and those who would see mankind destroyed. Yeah, right. The only part of that Code of Honor I got was eternity and solitude.

Insanity: A condition many say I suffer from after being alone for so long. But I don't suffer from my insanity-I enjoy every minute of it.

Trust: I can't trust anyone...not even myself. The only thing I trust in is my ability to do the wrong thing in any situation and to hurt anyone who gets in my way.

Truth: I endured a lifetime as a Roman slave, and 900 years as an exiled Dark-Hunter. Now I'm tired of enduring. I want the truth about what happened the night I was exiled-I have nothing to lose and everything to gain.

Astrid (Greek, meaning star): An exceptional woman who can see straight to the truth. Brave and strong, she is a point of light in the darkness. She touches me and I tremble. She smiles and my cold heart shatters.

Zarek: They say even the most damned man can be forgiven. I never believed that until the night Astrid opened her door to me and made this feral beast want to be human again. Made me want to love and be loved. But how can an ex-slave whose soul is owned by a Greek goddess ever dream of touching, let alone holding, a fiery star?

Six years have passed since England’s King Charles II returned from exile to reclaim the throne, ushering in a new era of stability for his subjects.

Except for Elizabeth Milton. The daughter of notorious poet John Milton, Elizabeth has never known her place in this shifting world—except by her father’s side. By day she helps transcribe his latest masterpiece, the epic poem Paradise Lost, and by night she learns languages and sword fighting. Although she does not dare object, she suspects that he’s training her for a mission whose purpose she cannot fathom.

Until one night the reason becomes clear: the king’s man arrive at her family’s country home to arrest her father. Determined to save him, Elizabeth follows his one cryptic clue and journeys to Oxford, accompanied by her father’s mysterious young houseguest, Antonio Vivani, a darkly handsome Italian scientist who surprises her at every turn. Funny, brilliant, and passionate, Antonio seems just as determined to protect her father as she is—but can she trust him with her heart?

When the two discover that Milton has planted an explosive secret in the half-finished Paradise Lost—a secret the king and his aristocratic supporters are desperate to conceal—Elizabeth is faced with a devastating choice: cling to the shelter of her old life or risk cracking the code, unleashing a secret that could save her father…and tear apart the very fabric of society.

"Night Embrace" spins the story of Talon, an ancient Celtic warrior who killed the son of the god Camulus.

Camulus cursed Talon, decreeing death for everyone he loved. Now a Dark-Hunter in modern-day New Orleans, Talon meets Sunshine, who is key to ending his curse once and for all. Not to mention helping him to save New Orleans from an ancient god bent on total destruction. 
One thing to know about me: I adore owls. I think I buy every owl accessory I come across. And I have an absolute weakness for Owl books and owl kids books?

Pint sized co-worker** and I (who wouldn't sit still long enough to let me take her picture with the book) read this before the start of a work day recently.

There's nothing more adorable than reading a book you love with a kid as cute as Pint sized Co-worker.

This book is a perfect addition to any favorite auntie or uncle's book collection, any parent or any growing picture book lover's collection (like mine).

Pint-Sized Co-worker loves when the owl gets mad.

She also loved pointing out the source of the squeeks throughout the book.

I personally loved the record collection (drawn in loving detail by author, Greg Pizoli) on pages 9 and 10.

I also loved the feel of this book--the steady heavy pages, the colorful and bright images (I freaking love that the owl is blue and has a heart shaped face and has a green book).

This was such a fun book to share and one that I think everyone should have on their shelf regardless of if their reading with pint-sized adorable monkeys or just to themselves.

Be sure to buy this one up and enjoy it as much as we did. And don't forget to see what my other blog tour friends have said, listed below!

**Pint-sized co-worker is my boss' daughter and she's four and adorable.

Thanks to Hannah and Disney Hyperion for allowing me to participate on this great blog tour and read this great book!


A kingdom teetering on the brink of destruction. A king gone missing. Who will survive? Find out in the highly anticipated sequel to Jennifer A. Nielsen's blockbuster THE FALSE PRINCE!

Just weeks after Jaron has taken the throne, an assassination attempt forces him into a deadly situation. Rumors of a coming war are winding their way between the castle walls, and Jaron feels the pressure quietly mounting within Carthya. Soon, it becomes clear that deserting the kingdom may be his only hope of saving it. But the further Jaron is forced to run from his identity, the more he wonders if it is possible to go too far. Will he ever be able to return home again? Or will he have to sacrifice his own life in order to save his kingdom?

The stunning second installment of The Ascendance Trilogy takes readers on a roller-coaster ride of treason and murder, thrills and peril, as they journey with the Runaway King!

Review: Sixth Grave on the Edge


Few things in life can come between a grim reaper and her coffee, but the sexy, sultry son of Satan is one of them. Now that Reyes Farrow has asked for her hand, Charley Davidson feels it's time to learn more about his past, but Reyes is reluctant to open up. When the official FBI file of his childhood abduction lands in her lap, Charley decides to go behind her mysterious beau’s back and conduct her own investigation. Because what could go wrong?

Unfortunately, another case has fallen into her lap—one with dangerous implications. Some very insistent men want Charley to hunt down a witness who is scheduled to testify against their boss, a major player in the local crime syndicate. If Charley doesn't come up with an address in 48 hours, the people closest to her will start to disappear.

Add to that a desperate man in search of the soul he lost in a card game, a dogged mother determined to find the ghost of her son, and a beautiful, young Deaf boy haunted by his new ability to see the departed as clearly as he sees the living, and Charley has her hands full. The fact that Reyes has caught on to her latest venture only adds fuel to the inferno that he is. Good thing for Charley she's used to multi-tasking and always up for a challenge…especially when that challenge comes in the form of Reyes Farrow.

BLOG TOUR: Once Upon a Dream Review

What if the sleeping beauty never woke up? Once Upon a Dream marks the second book in a new YA line that reimagines classic Disney stories in surprising new ways.

It should be simple--a dragon defeated, a slumbering maiden, a prince poised to wake her. But when said prince falls asleep as soon as his lips meet the princess's, it is clear that this fairy tale is far from over.

With a desperate fairy's last curse infiltrating her mind, Princess Aurora will have to navigate a dangerous and magical landscape deep in the depths of her dreams. Soon she stumbles upon Phillip, a charming prince eager to join her quest. But with Maleficent's agents following her every move, Aurora struggles to discover who her true allies are, and moreover, who she truly is. Time is running out. Will the sleeping beauty be able to wake herself up?

at 8:24 AM Posted by Paperback_Princess

Review: Fifth Grave Past the Light


Never underestimate the power of a woman on a double espresso with a mocha latte chaser high.
- T-shirt
Charley Davidson isn't your everyday, run-of-the-mill grim reaper. She's more of a paranormal private eye/grim reaper extraordinaire. However, she gets sidetracked when the sexy, sultry son of Satan, Reyes Farrow, moves in next door. To further complicate matters, Reyes is her main suspect in an arson case. Charley has vowed to stay away from him until she can find out the truth...but then dead women start appearing in her apartment, one after another, each lost, confused, and terrified beyond reason. When it becomes apparent that her own sister, Gemma is the serial killer's next target, Charley has no choice but to ask for Reyes's help. Arsonist or not, he's the one man alive who could protect Gemma no matter who or what came at her. But he wants something in return. Charley. All of her, body and soul. And to keep her sister safe, it is a price she is willing to pay.
Charley Davidson is at it again in the sexy, suspenseful, and laugh-out-loud funny fifth installment of the New York Times best selling series. 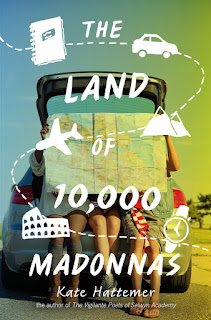