Tenley “Ten” Lockwood is an average seventeen-year-old girl…who has spent the past thirteen months locked inside the Prynne Asylum. The reason? Not her obsession with numbers, but her refusal to let her parents choose where she’ll live—after she dies.

There is an eternal truth most of the world has come to accept: Firstlife is merely a dress rehearsal, and real life begins after death.

In the Everlife, two realms are in power: Troika and Myriad, longtime enemies and deadly rivals. Both will do anything to recruit Ten, including sending their top Laborers to lure her to their side. Soon, Ten finds herself on the run, caught in a wild tug-of-war between the two realms who will do anything to win the right to her soul. Who can she trust? And what if the realm she’s drawn to isn’t home to the boy she’s falling for? She just has to stay alive long enough to make a decision…

Gena Showalter is the New York Times and USA Today bestselling author of over thirty books in paranormal and contemporary romances, as well as young adult novels. Her series include White Rabbit Chronicles, Angels of the Dark, Otherworld Assassins, Lords of the Underworld, Alien Huntress and Intertwined.
Her novels have appeared in Cosmopolitan Magazine, and Seventeen Magazine, and have been translated all over the world. The critics have called her books "sizzling page-turners" and "utterly spellbinding stories", while Showalter herself has been called “a star on the rise”.

Today we're spotlighting the final book in the Selection Series as part of the Harper Teen Summer 2016 Tour. We participated in the winter tour, and were so excited to get to participate in the Summer one as well! AND there is of course a giveaway, but I'll make you earn the giveaway.

First, I have to tell you all about The Crown, the final book in the Selection series, which if you haven't read, it's like total crack. Like you just can't put it down and you just want to keep reading more!

Kiera Cass’s bestselling Selection series has enchanted readers from the very first page. Now the end of the journey is here, in a wonderfully romantic series finale that will sweep you off your feet.

Twenty years have passed since the events of The One, and America and Maxon’s daughter is the first princess to hold a Selection of her own. Princess Eadlyn didn’t think she would find a real partner among the Selection’s thirty-five suitors, let alone true love. But sometimes the heart has a way of surprising you...and now Eadlyn must make a choice that feels more difficult—and more important—than she ever expected.

The Selection series has sold more than 3 million copies and captured the hearts of fans around the world. This swoonworthy final installment is the happily ever after they’ve all been waiting for.

I just love the cover of this book! I mean look at it! Besides checking out your local indie to order a copy, you can also get it at Amazon and Barnes and Noble. If you want to know more about The Crown be sure to check out the Goodreads page.


As part of this seasons tour, some of the authors will be participating in a live Facebook chat! You can be sure to find out more information HERE. The first chat is going to take place on February 16, so mark your calendar!


I know, I know I'm torturing you, you just want to know more about the giveaway, well the time is now my friends! This time there are not one, not two, but THREE giveaways! All of the details are below!


#1 – A Harper Teen Summer 2016 Catalog prizepack of 45 books*.
*Titles not included: The Crown by Kiera Cass, Escape from Asylum by Madeline Roux, Sing by Vivi Greene, The Countdown by Kimberly Derting, & United As One by Pittacus Lore
In addition to the one massive prize winner, we will also have 4 winners who will be able to select 3 titles they want from the Summer 2016 Catalog.
US Only

#2 – 5 Finished Copies from the Harper Teen Winter 2016 Catalog
5 books are: Front Lines by Michael Grant, Revenge & the Wild by Michelle Modesto, The Lifeboat Clique by Kathy Parks, Symptoms of Being Human by Jeff Garvin, & The Girl from Everywhere by Heidi Heilig
US Only

How to enter:
Collect the daily word from each blog stop during the Harper Summer 2016 Tour (a total of 50). Once you’ve collected them all, email the complete saying to: HarperTeenTour@gmail.com

#3 – Leap Year Giveaway - 4 of the most anticipated ARCs from Summer 2016
Books are: My Lady Jane, Ivory & Bone, The Crown's Game and This Savage Song
US Only

Dying to get everyone elses words? Below are the other wonderful participants in this seasons Spotlight tour, so check every one of them out!


Email ThisBlogThis!Share to TwitterShare to FacebookShare to Pinterest
12 comments:

Today, I've got a special treat, talking about why if you love Firefly, you're going to LOOOOOOOOOVVVVVEEEE Starflight.

ABOUT STARFLIGHT:
Life in the outer realm is a lawless, dirty, hard existence, and Solara Brooks is hungry for it. Just out of the orphanage, she needs a fresh start in a place where nobody cares about the engine grease beneath her fingernails or the felony tattoos across her knuckles. She's so desperate to reach the realm that she's willing to indenture herself to Doran Spaulding, the rich and popular quarterback who made her life miserable all through high school, in exchange for passage aboard the spaceliner Zenith.When a twist of fate lands them instead on the Banshee, a vessel of dubious repute, Doran learns he's been framed on Earth for conspiracy. As he pursues a set of mysterious coordinates rumored to hold the key to clearing his name, he and Solara must get past their enmity to work together and evade those out for their arrest. Life on the Banshee may be tumultuous, but as Solara and Doran are forced to question everything they once believed about their world—and each other—the ship becomes home, and the eccentric crew family. But what Solara and Doran discover on the mysterious Planet X has the power to not only alter their lives, but the existence of everyone in the universe...
LINKS: Goodreads | Amazon | B&N | Indiebound | iBooks | The Book Depository

ABOUT MELISSA LANDERS:
Melissa Landers writes romantic sci-fi for teens and the young at heart. ALIENATED and INVADED are now 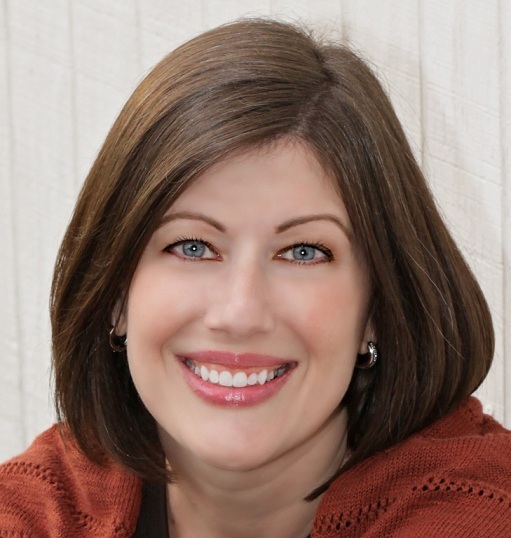 available from Disney Hyperion, and UNITED, the third book in the trilogy, will release in August, 2016. The first novel in her new series, STARFLIGHT, launches February 2, 2016.**IMPORTANT** Please do not request an ARC through Goodreads. All review copies are distributed by the publisher.
LINKS: Website | Twitter | Facebook | Instagram

Solara and Kaylee are both wicked smart and wicked funny. Both of these superstars lacked formal training in their field, but excelled when it came to understanding their ships.

While the captain of the Banshee is not nearly as ruggedly handsome as Mal, but both men show a devotion and love to their ships and their crews.

There's the one guy who you want to shove out an airlock, but you love him anyway.

Besides having rhyming names, Jayne and Kane were both lovable and also aggravating in their actions. Kane did eventually redeem himself which does help, but a little rough around the edges none the less.

Both ships take on passengers who aren't exactly telling the truth.

Solara leads the way in informing the crew of their vague trip whereas Simon is the one who keeps River a secret from the crew. While the nature of their relationships

There is banter between the sexual tension.

Solara and Doran may not have had the easiest start to their relationship, but that's what makes you want them to succeed, not to mention open their eyes to the fact that they have amazing chemistry.

There are dance moves!

But it's a love story set in space.

Email ThisBlogThis!Share to TwitterShare to FacebookShare to Pinterest
16 comments: