Good morning, all! Today I'm so excited to welcome Heather W. Petty to the blog. I'm so excited to share her guest post from Heather--- and not only because I agree with almost her answers --- but because she's the author of an amazing adaptation that I think should be on everyone's TBR lists!

Since this book is a pastiche of my favorite sleuth, I couldn't help but ask Heather to write a little bit about her top five twisted adaptations. 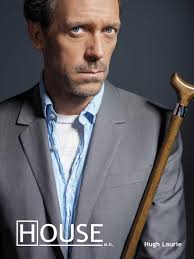 House M.D. (television show)
I couldn't help but include at least one Sherlock adaptation, and I think this is the most clever of them all. For those who haven't seen the show, it's the story of a genius diagnostician Dr. Gregory House, who solves medical mysteries with a group of diagnostic students at Princeton-Plainsboro Teaching Hospital. His only friend (and Watson) is Dr. Wilson, who runs the Oncology department. It's a very cool, fast-paced, emotionally complex medical drama.

The Tower at Stony Wood by Patricia A. McKillip
Patricia McKillip is one of my favorite writers of all time. She has this amazing ability to create fantasy worlds that read like timeless stories. It's almost like she's creating new fairytales using all of the folklore elements that we expect to see, but in new ways. In this book, a knight discovers that the King is marrying an imposter, and the real Queen is locked in a tower in a magical land. A prince of that land is looking for a tower filled with gold to help rebuild his father's army. And a third female character, goes up to a tower near Stony Wood to watch a woman imprisoned in a tower and embroider her story. The novel is a subtle nod to Rapunzel, but so much more complex and amazing as the three characters' lives and quests weave together.

A Werewolf Boy (Korean movie)
I'm not sure if this technically counts as an adaptation, but this is kind of Tarzan meets werewolf lore. It's the story of a family who moves out into a remote countryside and find a wild boy who is living in the woods around their house. The mother feels bad for him and brings him into the house and the teenaged daughter trains the boy to fit into society a little. The movie is amazing, sometimes hilarious, and completely heart-wrenching, and also one of my absolute favorite movies of all time.

Joss Whedon’s 2012 adaptation of Much Ado About Nothing
I love Shakespeare and I love Joss Whedon, and they basically got together and made a beautiful 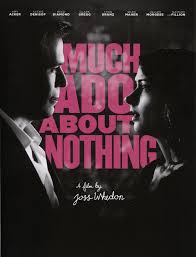 baby starring most all of my favorite actors of the Whedonverse with a modern backdrop and a super cool soundtrack. I loved this movie so much. And while Kenneth Branagh and Emma Thompson will probably always be my one true Beatrice and Benedick, Amy Acker and Alexis Denisof were so brilliant in the parts I couldn't help but fall in love with them.

Till We Have Faces by C.S. Lewis
This book is a retelling of the Psyche and Cupid myth told from the perspective of Psyche's older, ugly sister. I love it so much. I think it's one of those books that leaves you reeling for days after, where you find yourself marking pages to read again and writing down quotes to ponder. This is one of the very few books that I've reread more than once. Definitely my favorite of all of Lewis' books. 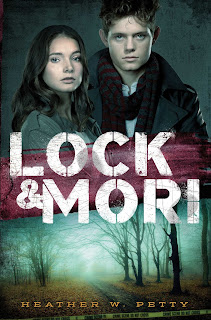 More about Lock and Mori:


In modern-day London, two brilliant high school students—one Sherlock Holmes and a Miss James “Mori” Moriarty—meet. A murder will bring them together. The truth very well might drive them apart.

FACT: Someone has been murdered in London’s Regent’s Park. The police have no leads.

FACT: Miss James “Mori” Moriarty and Sherlock “Lock” Holmes should be hitting the books on a school night. Instead, they are out crashing a crime scene.

FACT: Lock has challenged Mori to solve the case before he does. Challenge accepted.

FACT: Despite agreeing to Lock’s one rule—they must share every clue with each other—Mori is keeping secrets.

OBSERVATION: Sometimes you can’t trust the people closest to you with matters of the heart. And after this case, Mori may never trust Lock again. 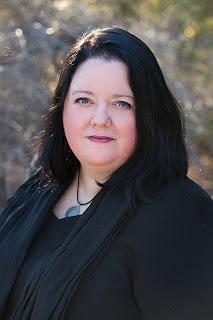 Heather has been obsessed with mysteries since she was twelve, which is when she decided that stories about murders in London drawing rooms and English seaside villages were far superior to all other stories. Lock & Mori is her first novel. She lives in Reno, Nevada with her husband, daughter, and four hopelessly devious cats. You can learn more about Heather and her books at heatherwpetty.com.
Email ThisBlogThis!Share to TwitterShare to FacebookShare to Pinterest
Labels: blog tour, Brianna, heather w. petty, lock and mori, sherlock holmes