Today I have a special treat in the form of Emmy Laybourne visiting the blog for the third book in the Monument 14 series. If you haven't already heard from the series, you can check out my review of book one and book two. My review of book three should be up shortly as the book will be out on May 6th which is right around the corner!

Book One, Monument 14, follows a group of teenagers as they are abandoned during a hailstorm in a local Walmart type store where their bus crashed, and they have to navigate not just what is happening in the outside world, but also taking care of the young children that were on the bus that crashed as well.

Book Two, Sky on Fire, is about the kids as they realize that they are in deeper trouble than they knew staying in one place, so the group tries to move on and find some sort of adult supervision and assistance. (They kids are smart, they know they need things other than a sugar high and toys).

Book Three, Savage Drift, follows the events of book two, and that's really all I can tell you without being the queen of spoiling.

Emmy is a local author, so I hold a special place in my heart for her and her books. I actually fell in love with them before I heard that she was close by, so without further adu, 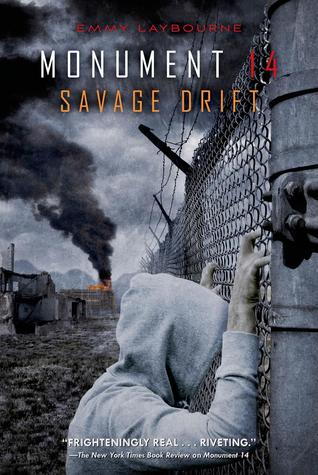 check out me giving Emmy the third degree!

It's such a pleasure to be here on Paperback Princess! Why is that, you ask? It's because Nicole asks really, really good questions. I mean it.

1. This book alternates between Josie and Dean, how was it slipping from one person to the next across gender lines?

I really enjoyed writing as Josie - the first female we get to hear from as narrator in the whole trilogy.  MONUMENT 14 is narrated by Dean, a 16 year old High School Junior. SKY ON FIRE has two narrators, Dean and Alex, his 13 year old brother. In SAVAGE DRIFT, we hear from Dean and Josie, who's also a 16 year-old Junior.

When working with two narrators who trade chapters back and forth, I actually write one narrative first, then switch to the new narrator and write their part of the story. It would be too hard - way too hard, to switch hats back and forth, chapter by chapter.

I've never had trouble writing from a male perspective. After working in comedy, alongside brilliant guys like Zach Galifianakis, WIll Ferrel, Paul F. Tompkins, Ian Roberts, and Sean Conroy, you develop a little edge - a certain competitiveness. Maybe it's some sort of contact high from all the testosterone. In any case, writing guys comes very naturally to me and I find it fun.

How did it feel to finally write a girl? REALLY GOOD. Josie's voice and her emotions were very clear in my head. Sometimes I have to cast about a bit to find the tone and rhythm of a character's speech. Not so with Josie. She was impatient and ready to go. Her first five chapters came out in a torrent of words.

After all that happened to Josie in SKY ON FIRE, and after all the choices she made, she was really, really pissed and had a lot to say.

2.  You mention the catastrophes that have happened elsewhere across the country including the East Coast, have you considered continuing this world from there?

This is a really cool idea. I'd like to see a spin-off series about Jake out in the world, finding his way through the east coast destruction, headed toward redemption.

But I also have SO MANY new ideas I'm eager to work on. I have two trilogies simmering in a hot pot on the back burner. One's a paranormal romance and the other's a fantasy series. I'm so in love with the ideas that I don't even dare write about them because I'm scared someone will take the ideas (and I know that's silly - no one would ever write them the way I will). But still, that's how much I love them! I don't think I can put them off much longer. So sorry, dear, lost Jake.

3.  To you, what is the scariest part of this world you've created?

The concept of such widespread loss of life is terrifying to me. We see so much death during the scope of the Monument 14 series. I tried my best to have the kids react in the most realistic way - but what would our communities be like, after such widespread losses. I wonder how the grief gets metabolized, when everyone is suffering.

4. Now that the trilogy is over, who of the Monument 14 will you miss most?

Oh! How can I choose?! I think I will miss Henry and Caroline McKinley the most. They are the youngest of the Monument 14, and they are so dear. But then there's Chloe, who's such a wonderful pain in the butt. And Ulysses, with his giant, no-front-teeth grin. Oh, please don't make me choose!

5. If the events of Monument 14 were to happen tomorrow and you can only have 1 partner in this, who do you choose? (Monument 14ers or otherwise)

I have to choose my husband, Greg Podunovich. The practical reasons hardly matter - but  he is superhumanly strong, and also has a McGuyver-like ability to make anything out of anything. (He made our chicken coop out of an old Ikea kids bed and a handful of shingles.) More important by far -- we're a great team, we comfort each other when things get crappy and we love each other in an endless loop.

On that highly sentimental and mushy note - I'll say thank you so much to Nicole! 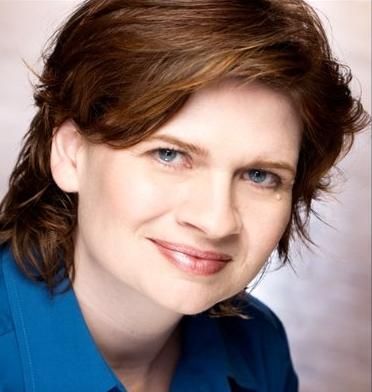 There are tons of giveaways during my blog tour, TONS, so please be sure to get the full schedule at emmylaybourne.com and follow along!

You can get a cool set of Monument 14 rubber wristbands from Oblong Books with your pre-order of SAVAGE DRIFT (they have only a few sets left, so hurry!)   http://www.oblongbooks.com/emmylaybourne at 12:30 AM Posted by Paperback_Princess