Hi all! Today we have an awesome Q&A with Michelle Painchaud, the author of PRETENDING TO BE ERICA. 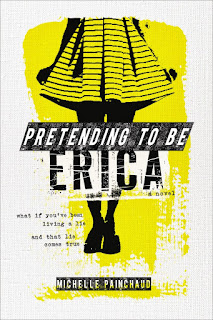 1. Did you do any research?

I wish I did more! I did a lot about stuff I didn’t know – police procedure, mostly!

2. Are you a pantster or plotter?

Pantser 100%. Although I do write rough outlines before I start so I’m not totally rolling around in the bullshit.

3. Do you have a playlist or some other creative outlet that you worked on while writing PRETENDING TO BE ERICA?

Heck yeah! I had a rotation of music, but the only one I can really remember while writing was Drake’s Lust for Life.

4. This is a heavy topic--how did you balance writing such a story with your life?

Not as heavy as you’d think! I cried a lot, to be completely honest. Something’s wrong if you don’t cry while writing at least a little, I think.

5. What was the first scene that came to you?

Definitely Violet/Erica writing her name on a homework assignment and thinking ‘this isn’t my name, but it’s nice’.

6. What is the most important thing to you as a writer: character integrity, realistic plot, interesting story? 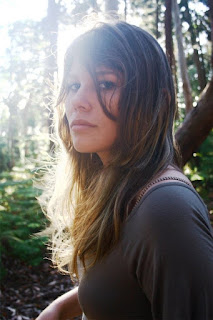 by a good character.

7. What books have influenced your writing?

Kurt Vonnegut’s Cat’s Cradle and the Jessica Darling series by Megan McCafferty are two big ones. I’ve got tons, but those are the two that influenced ERICA’s style, I think.

8. Is there anything that you believe in your life greatly prepared you for writing a novel?

I did write a massive pokemon fanfiction back in the day. That prepped me for the grueling work bit, at least. :~)

9. If you hope readers took away one thing from PRETENDING TO BE ERICA what would it be?

It’s alright to not know who you are – and it’s alright to do the right thing for yourself, regardless of what others think of you.

A YA/Fantasy! It’s tough to sell after being a contemporary writer, but it’s got a girl who’s skin is slowly being crystallized.
~*~

Thank you so much to Michelle for the interview and thank you to Penguin Random House!

About PRETENDING TO BE ERICA
Erica Silverman was abducted at the age of four. She was snatched outside of her kindergarten and never seen again. Violet was adopted by her con artist father for a single purpose: to become the long-lost heiress of the mythical Silverman painting. Violet has only ever been groomed for this moment. But what Violet doesn’t count on is how much she comes to care about the Silvermans, as well as the friends she’s made under false pretense. Walking a razor’s edge, calculating every decision, not sure sometimes who she is or what she is doing it for, Violet is an unforgettable heroine.
B&N | Amazon | IndieBound | Goodreads

Michelle Painchaud was born in Seattle, but grew up gate-crashing parties in sugar cane fields in Hawaii. Cats and anime take up what little part of her brain isn't harassed by stories of teenagers kicking ass. This is her first novel. She lives in San Diego, CA.
Goodreads | Twitter | Tumblr